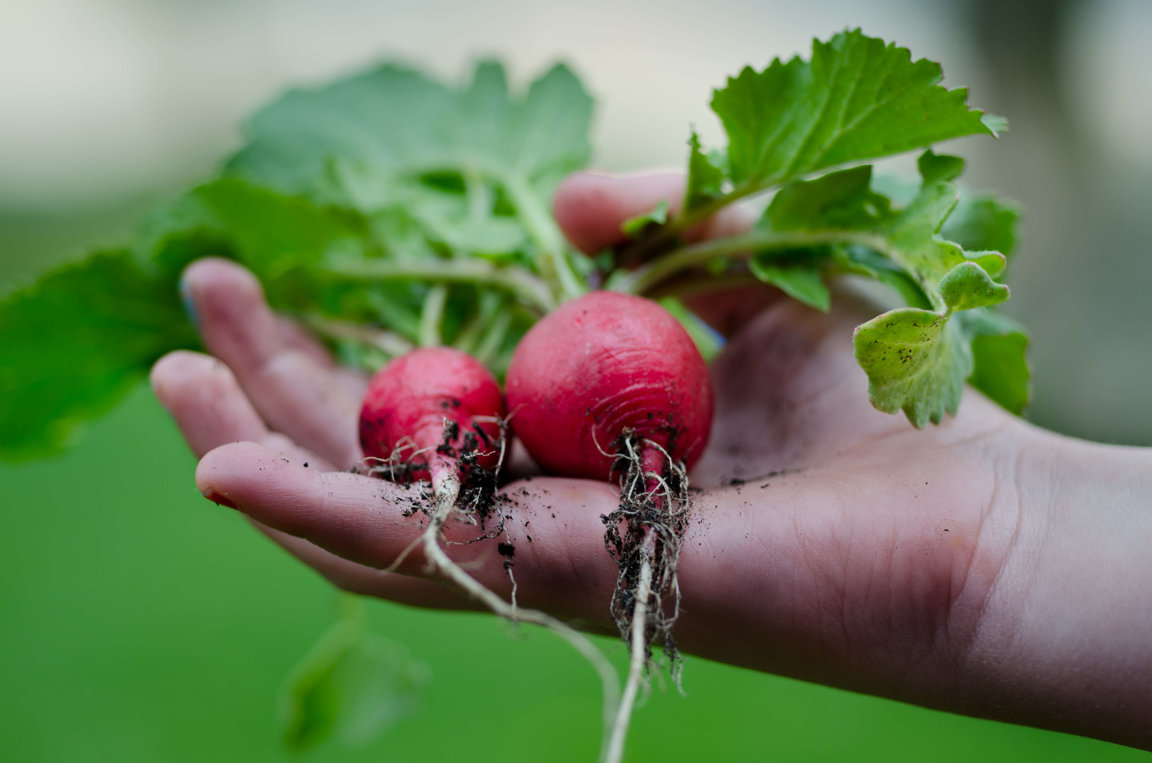 Avoiding pesticides is the reason why some people prefer organic food. Many believe that to be ecologically responsible food should be grown naturally. For others, the most important factor is the reassurance that the crop harvesting process did not expose farm workers to dangerous toxins. For many vegans, their main reason is to ensure that no chemical substances were used to grow their food that could cause the suffering and deaths of animals. However, at least for the time being, the majority of the food currently offered to consumers comes from a production system where animal exploitation – direct or indirect – is the standard, regardless of it being organic or not.
To keep growing crops, organic farmers need to return organic matter and minerals to the soil, like all farmers do. To avoid using chemical fertilizing agents, organic farmers often opt for animal products such as manure, blood, and fish and bone meal to restore the mineral content of the soil, which tends to deplete due to farming. Many of them use a rotation system known as ‘crop and livestock,' where the animals themselves are being exploited. Whenever animals or animal derivatives are used, it presupposes exploitation of animals.
Veganic farming (also termed “vegan-organic”) is based on the belief that having animals exploited or killed is not a prerequisite to growing food. Veganic farmers abstain from using synthetic chemical products, GMOs, slaughterhouse-originating byproducts or animal manures. The point that nonhuman animals are a required component of organic farming is moot: commercial farmers, individual farmers, even farms sponsored by the government have been growing their crops without using animals or their derivatives for years.
In an 11-year study of veganic farming, where no animal manures were used to support crop yields, it was shown that competing insects and diseases posed no significant problems. Three different rotations of roots and cereals were used throughout the study. When animal manures would normally be used, farmers employed legume-derived green manures with nitrogen-replenishing properties instead.
This study altered the perception of what it is to shift to organic farming. In the past, going organic meant replacing synthetic fertilizers with live animals; now, it is possible to shift to organic farming without needing to purchase and maintain livestock. As a consequence, a growing number of conventional farmers are shifting to veganic farming, which is good news for the environment as well as for nonhuman animals.
Passing materials through animals to enrich the soil is an unnecessary process. From a physiological point of view, the only thing this process achieves is to waste energy which hinders its efficiency and sustainability as a food producing method. After all, there is nothing more in manure than the grains or grass already growing on the farm, simply passed through the animal’s digestive system.
That doesn’t mean that vegan organic farmers don’t watch for diseases and competing organisms – all farmers do. They do so, however, by completely avoiding the use of synthetic fertilizers or animals and their byproducts, choosing to help the soil develop a natural resistance. Veganic farming revolves around feeding the soil, which will, in turn, feed the crops.
To keep the ground fertile, veganic farmers may use compost made from plant-derived material. They also employ crop rotation. This contradicts conventional farming, which is based on monoculture, the practice of growing single crops over extended areas of farmland. As time passes, monoculture has the tendency to reduce output and foster disease. It also results in land devaluation for a varied population of animals. On the other hand, vegan organic farmers enhance biodiversity ensuring a healthy balance of insects, predators, and useful organisms. By making sure that plant life and wintering animals have ample habitat, the natural balance is maintained for years to come providing for many growing seasons, as well as respecting the lives of other organisms that share their land with us.
Composts used by vegan organic farmers and gardeners may come from grass cuttings, vegetable peelings, spent hops, old hay, garden waste, comfrey, ramial, and even seaweed. This compost is supplemented with green manures. These are plants that are grown and then cut down, either to be mixed with the soil or left on it to decompose naturally.
Welcoming biodiversity and using disintegrating plant materials to grow crops is not a new concept. It’s where natural growth is based. Look at the forest, for example; its fertility is based on plants accumulating on the surface, without soil manipulation and the use of added animal manure. It was common knowledge among the ranks of early farmers. In fact, an entire period existed when no animal derivatives or animal manure was used for farming of any kind.
An added benefit of avoiding the use of animals and their byproducts in modern farming practices is significant savings in fossil-fuels that are consumed in order to transport manure between places. Also, if no animals are present, maintaining vast pasture areas becomes obsolete, which means that these areas can become forests again. That is a win-win situation for animals, who also get their natural habitat back, besides not being exploited for our own purposes.
Our food is closely connected with the natural world. In cases where we can choose, opting for particular farming techniques will undoubtedly affect animals' – human and nonhuman alike – survival in terms of food, space, and environmental health. For this reason, the support of organic farming has always been of great importance for the diligent consumer. Supporting vegan organics takes that diligence a critical step ahead.
NEXT: Earth Friendly Eating