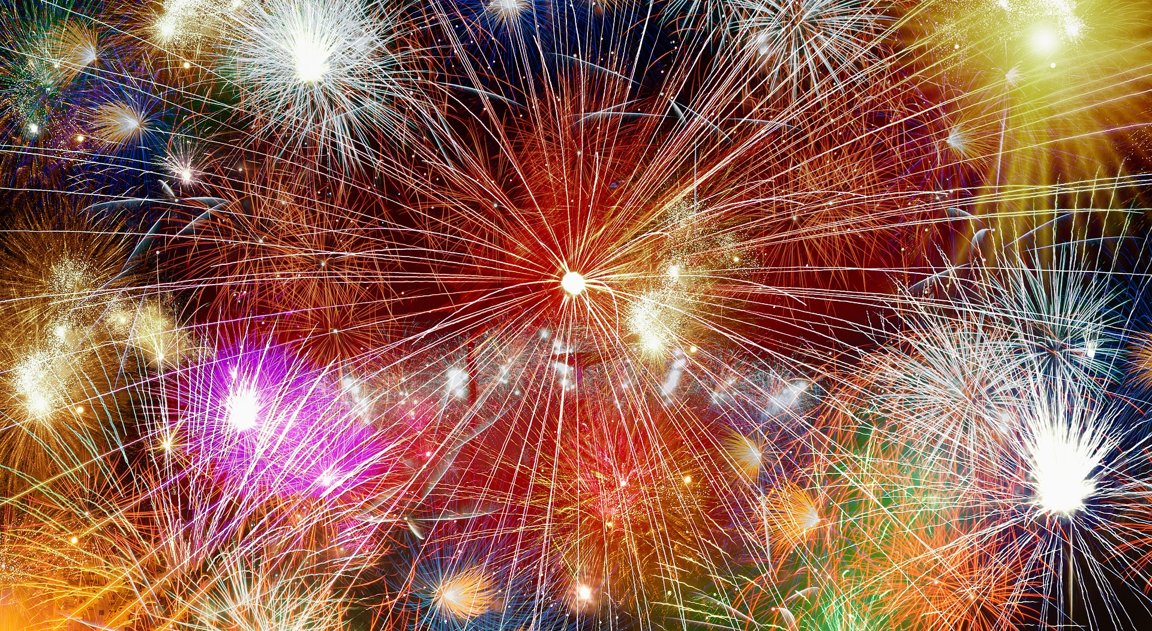 Fireworks are meant to represent “bombs bursting in air”—and to dogs and cats, that’s exactly what they sound like. When animals hear the cracks and booms in the sky, many of them panic and jump over fences, break chains, or even break through glass windows in an effort to escape the terrifying sounds.
Many animals who run in fear are never found. After fireworks displays, animal shelters nationwide report an increase in the number of lost animals, some of whom have bloody paws from running, torn skin from breaking through wooden fences, or other serious injuries. Some animals are hit by cars or killed in other ways as they attempt to escape.
Take the following precautions to ensure the comfort and safety of your animal companions during fireworks displays:
Keep cats and dogs indoors, and if possible, stay with them.
Leave your animals at home during the celebrations—never take them with you to watch fireworks displays!
Never leave animals tethered or chained outside—they can hang themselves if they leap over a fence while trying to run from the noise.
Close your windows and curtains. To help drown out the sound of the fireworks, turn on fans and air-conditioning units as well as the TV or a radio that’s tuned to a classical-music station.
Consider purchasing a Thundershirt to help your dog or cat cope with the stress of the fireworks.
Other ways to keep animals calm include playing specially formulated CDs from Through a Dog’s Ear and giving them a natural supplement called melatonin, which is available at your local health-food store (but consult your veterinarian first).
Make sure that your animal companion is microchipped and wearing a collar or a harness with an up-to-date identification tag—just in case.
NEXT: Pet Theft