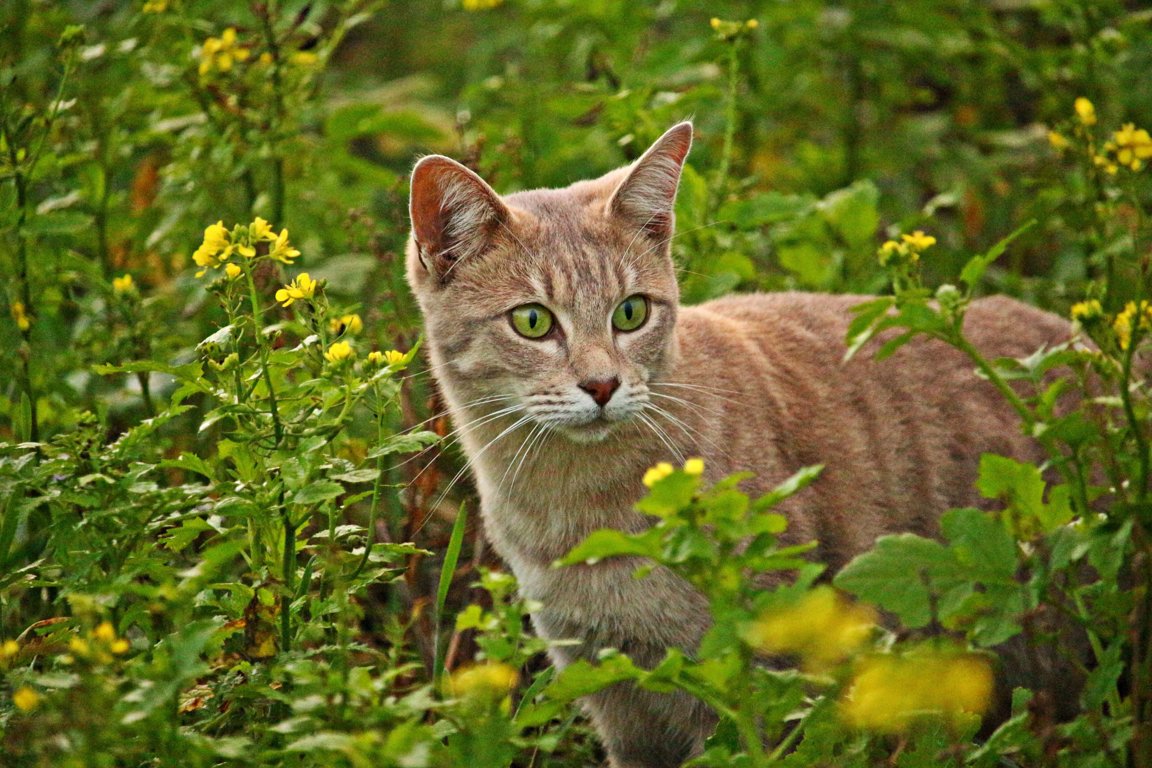 While some wildlife groups may use media attention to speculate that cats are causing species loss, leading biologists, climate scientists, and environmental watchdogs all agree: endangered species’ fight for survival rests in our own hands.
Focusing on cats diverts attention from the far more dangerous impact of humans. Too many media stories sidestep these realities to focus on sensational issues like cats’ imagined impact on birds. But cats have been a natural part of the landscape for over 10,000 years—that has not changed. What has changed in that time is how we have re-shaped the environment to suit 21st century human needs—at a great cost to the other species that share our ecosystem. Our direct impact on our environment is without a doubt the number one cause of species loss.
Make no mistake—habitat loss is the most critical threat to birds. With this exponential human population growth comes massive use of natural resources and rampant development: industrial activity, logging, farming, suburbanization, mining, road building, and a host of other activities. The impact on species from habitat destruction, pollution, fragmentation, and modification is alarming. According to the World Watch Institute, “people have always modified natural landscapes in the course of finding food, obtaining shelter, and meeting other requirements of daily life. What makes present-day human alteration of habitat the number one problem for birds and other creatures is its unprecedented scale and intensity.”
Human activities are responsible for up to 1.2 billion bird deaths every year. Nearly 100 million birds die annually from collisions with windows; 80 million from collisions with automobiles; 70 million from exposure to pesticides. Millions of birds are intentionally killed by U.S. government-sponsored activities each year.
The human population continues to grow, threatening other species. Exponential population growth has left little land untouched by human development. In America alone, the population grew by 60 million people between 1990 and 2010, and experts predict we will add 23 million more people per decade in the next 30 years. That kind of growth—the equivalent of adding another California and another Texas to our already teeming population—is unprecedented in American history.
Killing cats will not save wildlife. Studies have shown cats to be mainly scavengers, not hunters, feeding mostly on garbage and scraps. When they do hunt, cats prefer rodents and other burrowing animals. Studies of samples from the diets of outdoor cats confirm that common mammals appear three times more often than birds. Additionally, scientists who study predation have shown in mathematical models that when cats, rats, and birds coexist, they find a balance. But when cats are removed, rat populations soar and wipe out the birds completely.
Some wildlife organizations and media outlets continue to quote scientific studies that have been proven inaccurate. A careful analysis of the science concludes there is no strong support for the viewpoint that cats are a serious threat to wildlife.
Although human civilization and domestic cats co-evolved side by side, the feral cat population was not created by humans. Cats have lived outdoors for a long time. In the thousands of years that cats have lived alongside people, indoor-only cats have only become common in the last 50 or 60 years—a negligible amount of time on an evolutionary scale. They are not new to the environment and they didn’t simply originate from lost pets or negligent animal guardians. Instead, they have a place in the natural landscape.