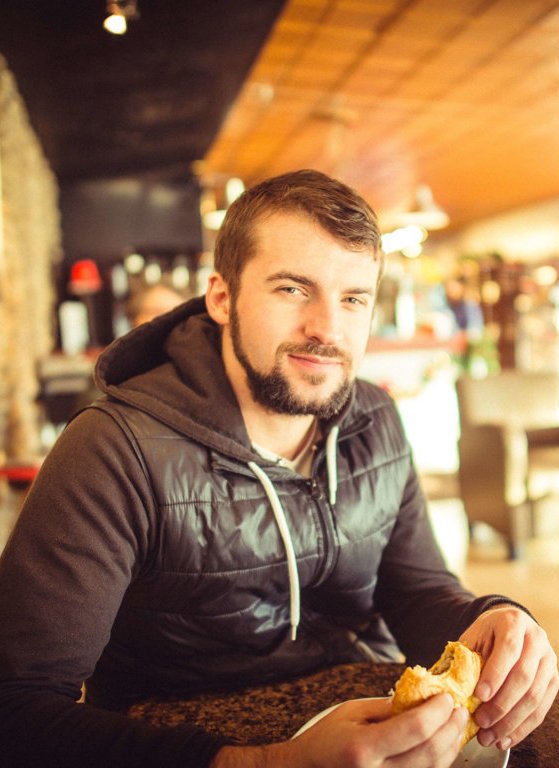 There is clear and overwhelming medical evidence that the incidence of heart disease, cancer, osteoporosis and diabetes is much less among vegans; obesity as well. Vegans are usually in better physical condition; their food has far lower levels of pesticides; and their immune systems work much better.

The largest epidemiological study to date, commonly referred to as “The China study”, showed that people who consume meat and animal products in quantities similar to those in a typical American diet are 17 times more likely to die from heart disease, and 5 times more likely to suffer from breast cancer, than those whose animal-derived protein comprises less than 5 percent of their total diet.

The concentration of pesticides in meat is 14 times higher than plant foods, because these chemicals accumulate as they progress through the food chain, and they are fat-soluble. Six years after the banning of dieldrin, a pesticide, the USDA confiscated and destroyed 2,000,000 packages of frozen turkey products with high dieldrin concentrations. In 1974, in tests run by the FDA, dieldrin was discovered in 85 percent of all dairy products and in 99.5 percent of the country’s human population.

According to the EPA, vegetarian mothers produce breast milk that has much lower pesticide concentrations than the average American.

Veganism And The Environment

Veganism is a choice that has more positive impact on energy, land, water, ecosystems and wildlife than any other. This is due to livestock consuming several times more grain than their meat output. What’s more, harvesting and transportation of animal-derived products requires huge amounts of energy, and massive quantities of water for the animals and the crops they are fed – not to mention the disturbing amount of pesticides used.

If all countries around the world adopted American diet habits, fossil fuel reserves would be depleted in just eleven years. Plant foods with the worst energy efficiency are ten times more efficient than the most efficient meat food. If we went vegetarian as a nation, our oil imports would be reduced by 60 percent.

More than 50 percent of the nation’s water consumption goes to water the crops that feed livestock. You need 100 times more water for meat production. One day’s food in the typical American diet requires 4,000 gallons of water. Conversely, vegetarian food needs 1,200 gallons, and vegan food just 300 gallons. When you eat the typical American diet, just to grow enough food for three days you need to use as much water as you need to shower every day for the whole year.

Livestock in America produces 20 times more waste than humans, a jaw-dropping 250 thousand pounds per second. The waste produced by a large feedlot rivals that of a large city – and feedlots don't have sewage systems. This results in animal waste ending up in lakes and rivers, increasing their pollution of phosphates, nitrates, ammonia, and microorganisms, thereby depleting oxygen and killing animal and plant life. The meat industry produces 300 percent more harmful organic waste than all the other industries in the country combined.

To produce food for the average American diet, 10 times more land is needed compared to a vegetarian one. 20 thousand pounds of potatoes vs. only 165 pounds of beef can come out of an acre of land. In the United States alone, in order to support our meat-based diet, 260 million acres of forest have been turned over to agriculture, accounting for more than one acre per person. Forests are destroyed at a rate of 1 acre every 5 seconds. Seven acres of forest are turned into grazing or crop fields for animal feeding for every acre cleared for urban development.

Almost 85 percent of all lost topsoil is directly related to livestock farming. According to the USDA, topsoil loss has caused crop productivity to drop by as much as 70 percent. Almost 500 years are required for the formation of one inch of topsoil under natural conditions. Conversely, vegan diets demand less than 5 percent of the topsoil needed for meat-based diets.

Animal suffering is nobody’s objective, but we often forget that it’s inevitable when we eat them. The one most effective action an individual can perform to ease the suffering of animals is to simply remove them from your diet.

We kill approximately 8 billion animals every year to produce food in the U.S. alone, which accounts for more than the planet’s entire human population. It is estimated that around 24 animals die every year for one American to feed on them. To make things worse, modern agriculture has been raising animals in small confinement facilities, far removed from the traditional image of the beautiful-looking pasture – a method called factory farming.

Most factory farmed animals are raised in tiny cages with no room to move. They are deprived of exercise so that all of their bodies' energy goes toward producing flesh, eggs, or milk for human consumption. Massive amounts of potent drugs are fed to the animals to stop them from becoming sick due to their filthy living conditions, and to boost their production faster than their natural development would dictate. When chickens and cows become less productive in eggs and milk, they are killed and turned into low-quality meat (pet food and fast food).

Cattle raised for beef are usually born in one state, fattened in another, and slaughtered in yet another. They are fed an unnatural diet of high-bulk grains and other "fillers" (including sawdust). They are castrated, de-horned, and branded without anesthetics. During transportation, cattle are crowded into metal trucks where they suffer from fear, injury, temperature extremes, and lack of food, water, and veterinary care. Calves raised for veal are taken from their mothers only a few days after birth, chained in stalls only 22 inches wide with slatted floors that cause severe leg and joint pain. They are fed a milk substitute laced with hormones but deprived of iron: anemia keeps their flesh pale and tender but makes the calves very weak. When they are slaughtered at the age of about 16 weeks, they are often too sick or crippled to walk. One out of every 10 calves dies in confinement.

Ninety percent of all pigs are closely confined at some point in their lives, and 70 percent are kept constantly confined. Sows are kept pregnant or nursing constantly and are squeezed into narrow metal "iron maiden" stalls, unable to turn around. Although pigs are naturally peaceful and social animals, they resort to cannibalism and tailbiting when packed into crowded pens and develop neurotic behaviors when kept isolated and confined. They often contract dysentery, cholera, trichinosis, and other diseases fostered by factory farming.

Chickens are divided into two groups: layers and broilers. Five to six laying hens are kept in a 14-inch-square mesh cage, and cages are often stacked in many tiers. Conveyor belts bring in food and water and carry away eggs and excrement. Because the hens are severely crowded, they are kept in semi-darkness and their beaks are cut off with hot irons (without anesthetics) to keep them from pecking each other to death from stress. The wire mesh of the cages rubs their feathers off, chafes their skin, and cripples their feet. Approximately 20 percent of the hens raised under these conditions die of stress or disease. At the age of one to two years, their overworked bodies decline in egg production and they are slaughtered (chickens would normally live 15-20 years).

More than six billion "broiler" chickens are raised in sheds each year. Lighting is manipulated to keep the birds eating as often as possible, and they are killed after only nine weeks. Despite the heavy use of pesticides and antibiotics, up to 60 percent of chickens sold at the supermarket are infected with live salmonella bacteria.

Farm animals are sentient beings that experience all the same emotions we do. They deserve our respect and compassion. The easiest and most effective way to reduce the cruelty inflicted on farm animals is to become vegan.